Chevy Camaro is back with a four-cylinder engine, after 30 years! 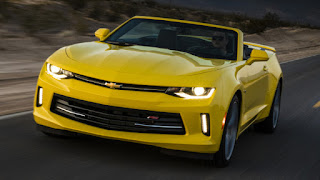 The four-cylinder and the six-speed manual transmission will make things easier for its driver. The four-cylinder engine rates at 275 horsepower and 295 pound-feet of torque. In just 5,5 seconds it will hustle to 60 miles per hour and will get up to 31 miles per gallon on the highway, in just a few words it's a “no excuses engine”. Most probably the higher output you'll get is 335 hp V6 or a V8.