The 2017 Chevrolet Corvette Z06 is coming this fall!

The 2017 Chevrolet Corvette Z06 is coming this fall!:  We've already found out that GM showed a more than doubled income on the first quarter of the year but we were pretty upset after finding out Chevrolet is suspending the production on its Corvette Z06. Now, it seems like the company has finally come to a solution to its overheating woes. In 2017, which is really close, Chevrolet will switch to a new hood with larger vents and a new supercharger cover. Both of them will be designed with cooling in mind. 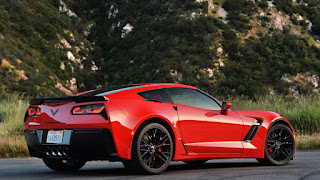 It's gonna be an answer to a huge number of owners who have experienced some overheating issues while pushing their cars hard in warm weather. Corvette's chief engineer told  the media that this issue affected only 5% of owners, but the most vocal owners ever. The team was thinking on finding the solution, and now it's finally here. All of the changes will be applied to the 2017 Z06s when the production will resume this fall. The specialists are still waiting on some more details from the owners, which will help on creating a better car.